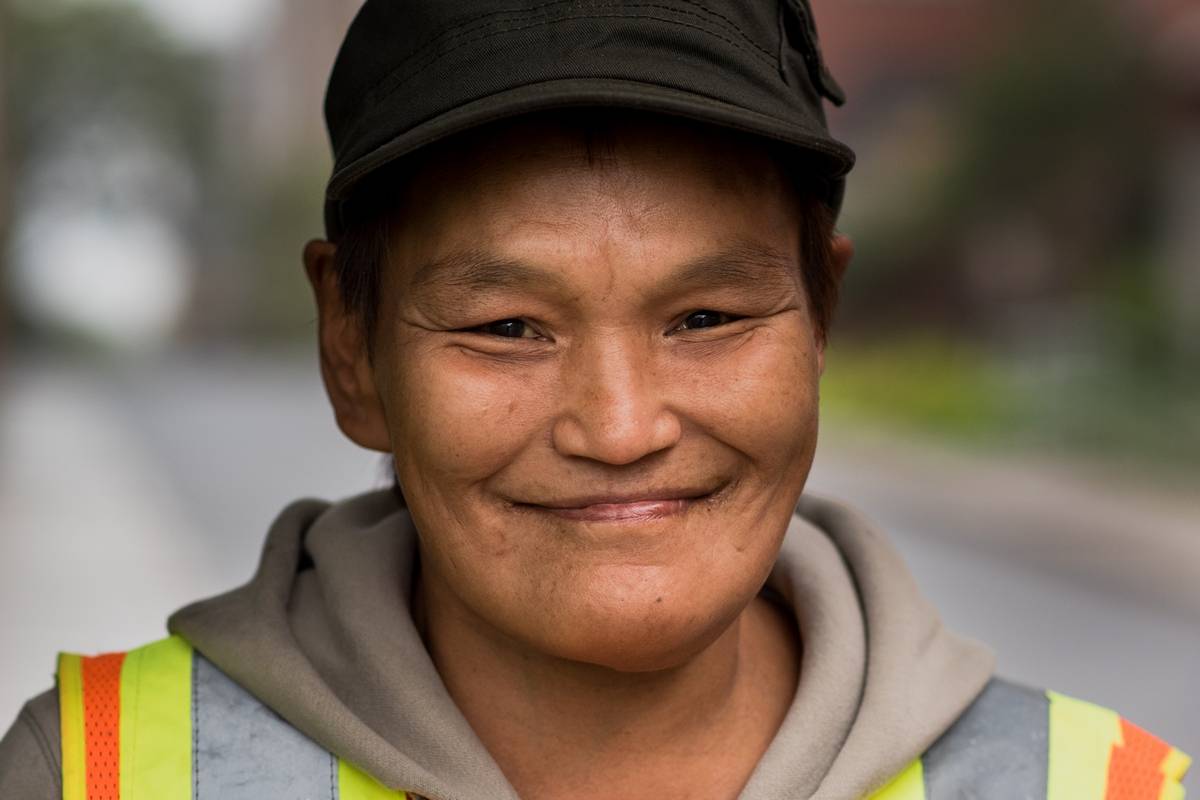 My name is Ida and I am from Iqaluit, Nunavut. I grew up in my community with my parents and my brothers and sisters. The first language that I learned is Inuktitut, but I also speak English.

I went to school, to Pinnguaq school, and I finished my ninth grade. After that, I worked and lived a normal life in my community. I did some crafting and bannock and we went hunting. I worked as a janitor in several locations including at the airport, in a hotel, and a kitchen. I had a really difficult relationship with my ex-boyfriend, really difficult. I had two girls with this man, but they couldn’t live with us. My ex-boyfriend was so violent that one day, he almost killed me. It is because of that that I decided to leave Iqaluit. For almost a year, I planned my move. When I finally left, I did not tell anybody, not even my family. I called them a few months later and it was only at that time that I told them that I was in Montreal. All this happened more than 20 years ago!

When I got onto the airplane to leave Iqaluit, I felt relieved. I was finally leaving my problems and my violent ex-boyfriend behind me. I landed in Ottawa and then took the bus to come to Montreal. And when I arrived in Montreal, I kissed the ground! I was so happy to have arrived! At first, my sister-in-law helped me a lot. I lived with her and she took care of me. She died several years ago, but I appreciate everything she did for me.

Arriving in Montreal was difficult. I didn’t know anybody and I didn’t know what to do. Gradually, I made some friends. I went to the Native Women’s Shelter for a long time and they helped me find PAQ. I didn’t like the old PAQ, but the new building is good. I lived in the transition apartments for three years. At first, it was difficult. I didn’t like the apartment, and I thought it was haunted. But after, it was ok. When more social workers came, everything was better. I like coming to PAQ because people here, help. They help Indigenous people!

I recently moved into my apartment, a 3 ½!  And I am working. I am part of the cleaning brigade at PAQ. I like it a lot. I also do some knitting and I go see some friends after my day at work, but I am so dirty I need to take a shower fast! I am so relieved to have my apartment! I don’t have to go from one place to another, I have my place to sleep every night. I am proud to have my place and to have a job. This is what matters most to me and why I am so proud.

Back home, at Iqaluit, I have two children and one grandchild. It’s been a long time since I saw a picture of my grandchild because at my new apartment, I don’t have Wi-Fi, not like when I was living at PAQ. I’m thinking of going to see my family and my friends soon, to go up North maybe for a week or two. It will be great, now that I know that my ex-boyfriend has moved to Ottawa, I can go up North. I talk sometimes with people in my community by phone, but it’s been so long since I left that I am like a stranger to them. They want me to come back to live there someday, but I don’t want that, I am so used to living in Montreal.

What I like the most about PAQ is that they help Indigenous people. Also, they have given me some work. I wish that the Indigenous people of Montreal had more respect for the intervention workers at PAQ. I also wish them that they can continue to go hunting and fish. I would also like it if the people in Montreal could have the opportunity to go to the forest and camp. I also hope that there will be more workers like Matthew and Natalie. Then PAQ could help more people!